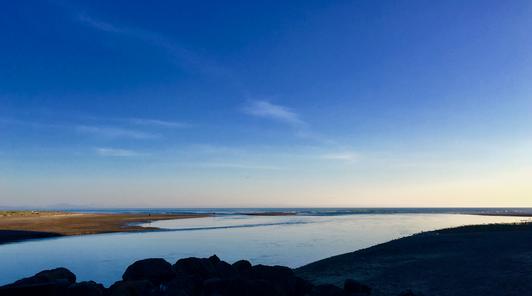 it holds connotations of royalty.

it invites us to a grand spiritual journey

The Lotus Sutra, one of the foundation texts of Mahayana Buddhism, was written down at about the same time the New Testament was written down. Like the Gospels, the Lotus Sutra teaches through parables. The parables in both texts share much in common. A loving father deals with clueless children. Jesus said,

“To what will I compare this generation? It is like children sitting in the marketplaces and calling to one another,

‘We played the flute for you, and you did not dance;
we wailed, and you did not mourn.’ For John came neither eating nor drinking, and they say, ‘He has a demon’; the Son of Man came eating and drinking, and they say, ‘Look, a glutton and a drunkard, a friend of tax collectors and sinners!’ Yet wisdom is vindicated by her deeds.” (Matthew 11:17-18)

In the Lotus Sutra, a loving father sees his children playing inside a burning house with no idea there is any danger. There's no time to go in and rescue them, so he calls to them and promises each one their heart's desire. To one he promises a cart drawn by deer, to another a cart drawn by oxen, to a third, a cart drawn by goats. Enthralled at the prospect of such splendid toys, all the children flee the burning house. Instead, because he is rich, the father decides to give them an even more magnificent carriage, drawn by a great white ox. The children, having received something even better than what was promised, were overjoyed.

All good religion comes to rescue us from the burning house of greed, hatred and delusion and bestow upon us the great cart of wisdom, kindness and compassion. Jesus had a heart as big as the world. He came to free us from the vicious circle of disordered passion. He welcomed anyone who came. His only rule was that you had to promise to do the best you could at being human.

A Miscellany of Sermon Notes and Reflections

THE GREATer VEHICLE OF LOVE

St. Aidan's sits on land which was home to the Coast Miwok

a heritage which persists for all who listen